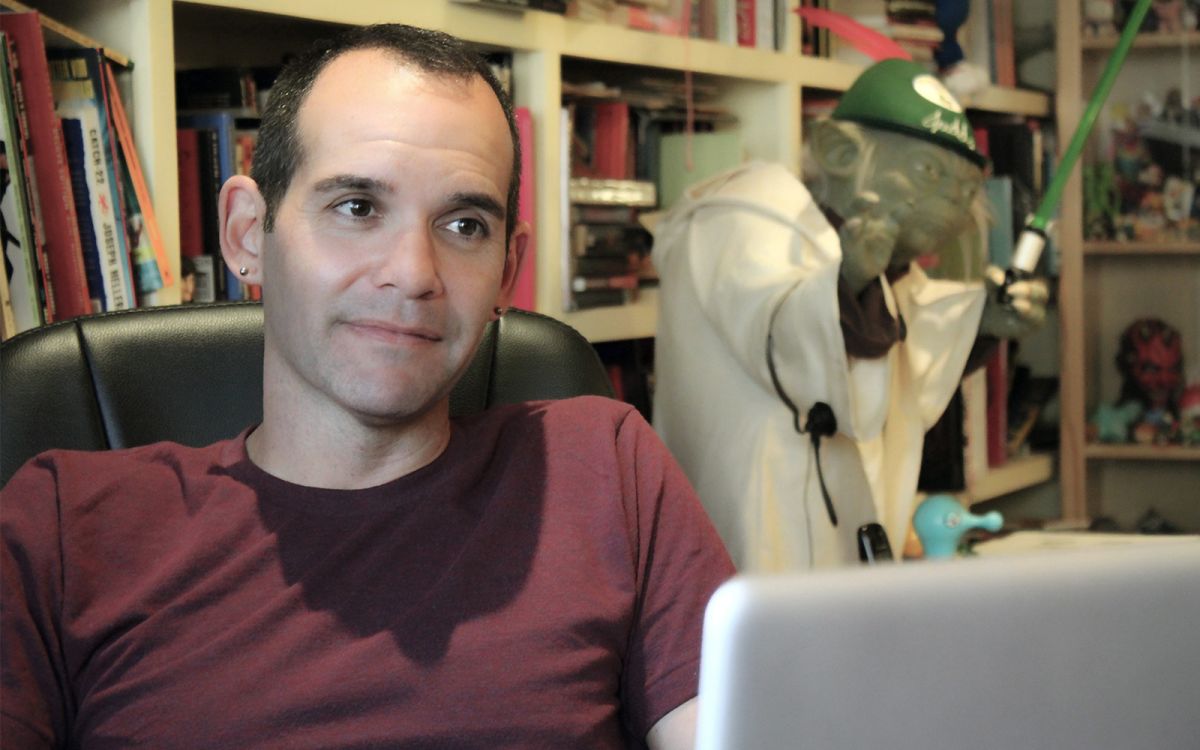 The cartoonist and creator of The New York Times best-selling Hilo series shared an inspiring story from his childhood about how he discovered his passion for drawing.

He started by narrating a story about his experience joining a new school in first grade, while showing a sequence of cartoon-style sketches. When his teacher would assign drawing projects, Mr. Winick explained, she asked students to color inside an outline of a tree, animal or object. Mr. Winick preferred to draw from his imagination. At Halloween, he drew Frankenstein as his classmates filled in pumpkins. "My parents used to buy me coloring books — I would never touch them," he said. "I didn't like coloring; I liked drawing my own things." At first, Mr. Winick's art looked different from everyone else's, but soon other kids also began asking to draw their own scenes.

"I want to give you this piece of advice and also ask a favor at the same time," Mr. Winick told Convent & Stuart Hall students. "If the world out there somehow is telling you who you're supposed to be and it's just not you, I want you to try to remember and try to find who you really are because that's your job, that's your journey."

That theme is at the heart of Mr. Winick's popular Hilo series, including his latest book, Gina — The Girl Who Broke the World, about a regular girl who tries to protect her friends from otherworldly creatures by striving to become the person she was always meant to be.

For Elementary Librarian Kathleen Esling, who organized and hosted the author event, "Getting to hear Mr. Winick talk about his own inspirations and how he came to create this series was incredible." Kathleen knew students would love hearing from Mr. Winick because she says, "We have intense Hilo fans here. It's one of the series I have found myself reshelving the most over the last two years."

For most of the hourlong visit, students eagerly asked one question after another, covering topics ranging from why Mr. Winick decided to pursue a career as a cartoonist and what he enjoys about drawing, to why he made Hilo a robot and how real places inspire his fictional stories.

"Mr. Winick charges each of our students to find what they love and practice it," Kathleen says. "Hilo is about three kids learning who they really are, something he wants each of his readers to do, too." 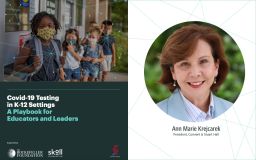 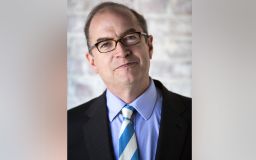 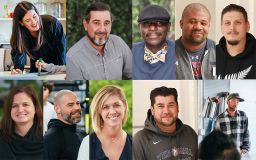 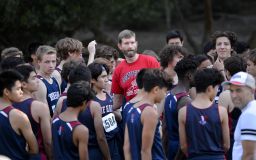