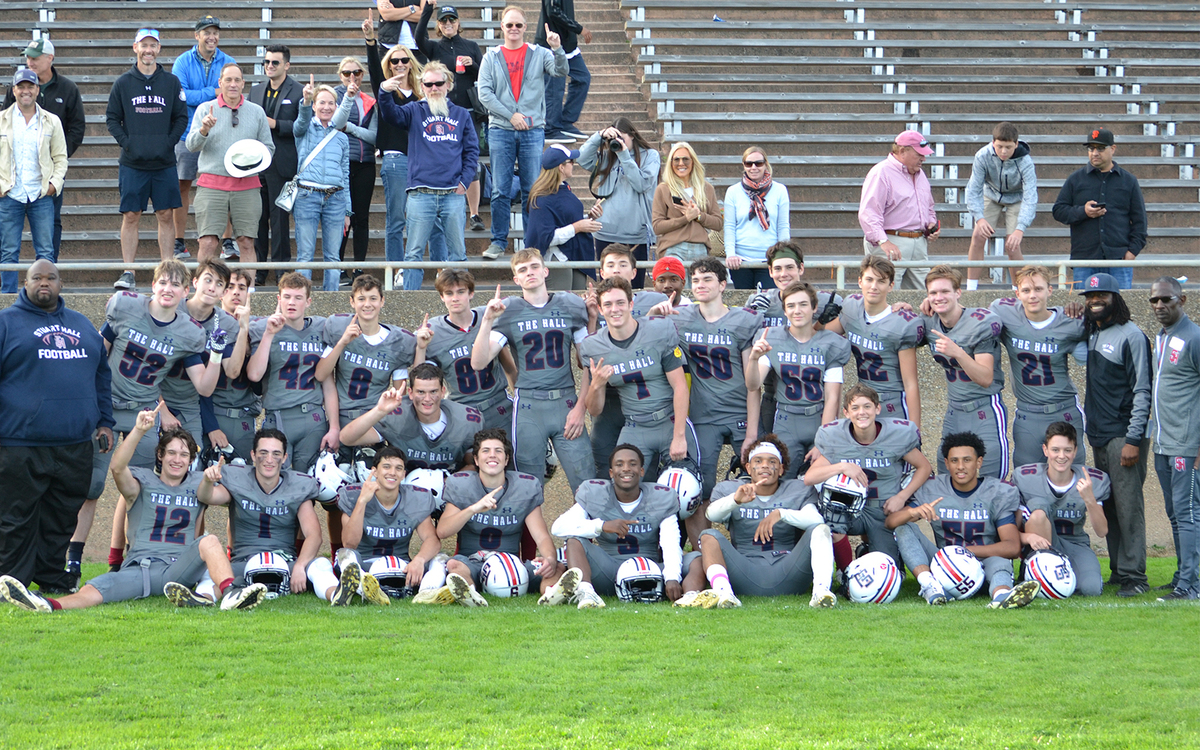 The Stuart Hall eight-man football team was down 16 points in the first half of a winner-take-all game against Branson, before mounting a comeback to finish its first unbeaten season in program history.

In a Senior Day matchup between two 7-0 teams, Stuart Hall beat league rival Branson on the last day of the season to claim the North Central League – South championship, finishing its first unbeaten season in program history with a 70-36 victory.

Playing at home at Boxer Stadium on October 27, Stuart Hall came storming back to take a 40-36 lead at halftime after an inauspicious start. The Knights trailed 24-8 before mounting a furious comeback with four first half touchdown catches by junior receiver Ryan Darwin. His magical day included another second half touchdown grab.

With the win, Stuart Hall improved its record to 31-6 over the last five years under Head Coach Rich Robinson. The 2018 Knights boast the highest ranking in program history, finishing the season at No. 7 in California among eight-man teams.

The team came away with six First Team All League selections this year, including the award for best offensive player presented to Jonathan. Here is a complete list of recipients: 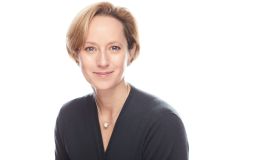 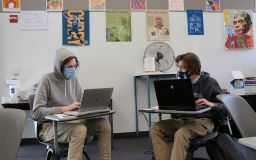 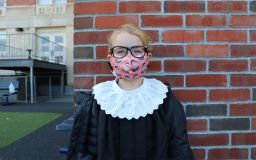 A Charming Twist to a Halloween Tradition