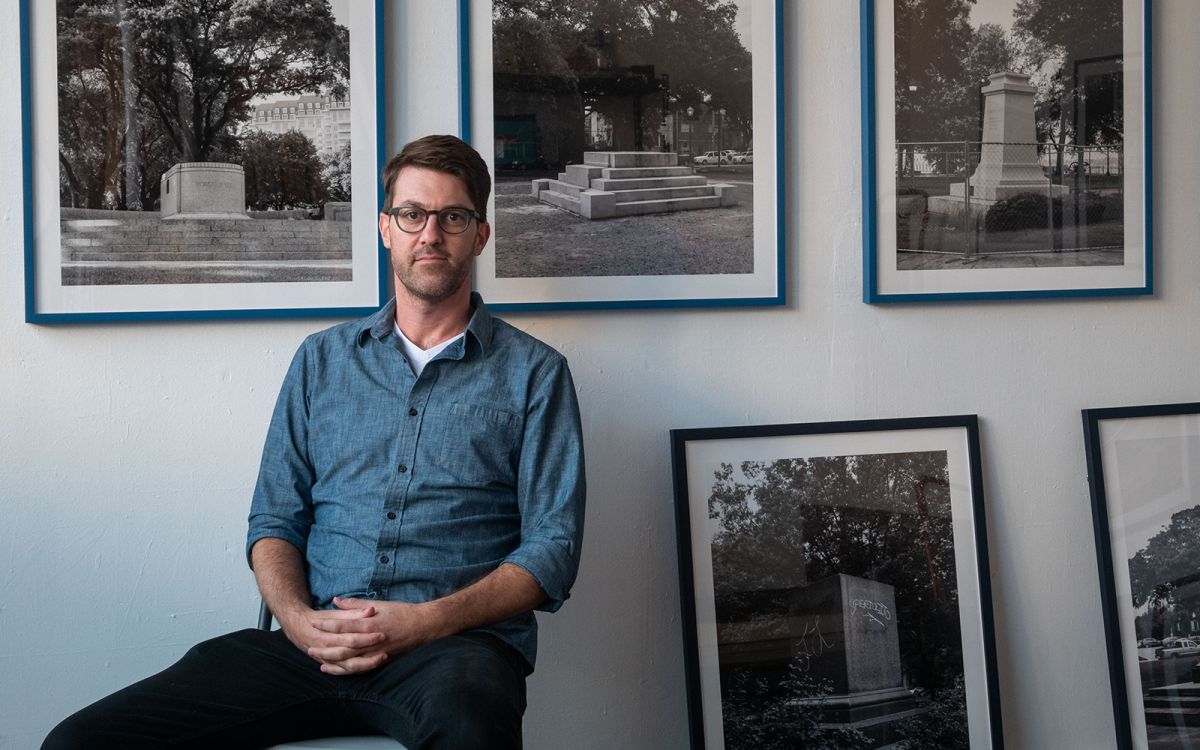 Matthew Shain's SHB'92 photographs have been exhibited at the 2019 Atlanta Biennial and 2018 Aperture Summer Show in New York City, and featured in New York Magazine and Time.

The following is an interview with Matthew Shain, originally obtained for a story in the 2019–20 Convent & Stuart Hall Bulletin featuring alumni who are adapting and thriving in the fast-paced world of media and entertainment.

What stands out about your time at Stuart Hall for Boys?
The scratchy wool slacks and red sweaters. I still can't believe they switched to khakis and a polo the year after I left! The secret passageways and fake bookshelves also stand out in my memory. Those three buildings were an incredible privilege to be in every day. But what really stands out are the teachers. They were all so great. I have no doubt that each and every one of them was 100 percent there for us, the kids. Some were harder than others, some more fun, but all were fair. And fairness is all kids seem to want from the world.

Briefly describe a few milestone events in your career.
My career is short so far since I'm a bit of a late bloomer in terms of how I came to visual art, but I've had a couple of milestones. Certainly earning my MFA was one of them. Working as an assistant to MacArthur Fellow Uta Barth was very rewarding. Of course, I'd have to include teaching photography at Tulane. The inclusion of my "Post-Monuments" work in the Aperture Summer Show in New York City in 2018, as well as the 2019 Atlanta Biennial, are certainly noteworthy. I'm very proud of those shows. And last but not least, having this work featured in New York Magazine and Time was an incredible honor.

How would you describe your photography style?
I am interested in photographing things that can't really be seen with the naked eye. For a long time, that idea centered around time and its relationship to the medium of photography. I would devise projects, studio-based or in certain locations/environments and with certain people, and execute my images. Sometimes a singular photo was the result. Other times, a small group of photos. Some projects took years, some took days. Much of the work I've made is rather fungible. Photos I made years ago can reappear alongside more recent work because the combination of those images creates something meaningful to me. For me, photography is a tool/toy for philosophical investigations.

Is there an exhibition of your work you are most proud of?
That would have to be the 2019 Atlanta Biennial. To be included amongst such a talented group of Southern artists and to have had my work selected by such talented and engaging curators was quite an honor.

Explain your "Post-Monuments" project and the impetus for it.
I had recently moved to New Orleans and found myself confronting the legacies of our nation's history in ways that no amount of academic training could prepare me for. The legacies of slavery and Jim Crow are very real and far more tangible in a place like New Orleans than I had ever seen before. I felt a need to respond to those conditions and that history. Concurrently, the city was initiating the process of taking down its monuments to the Confederacy. Suddenly, my personal interests and my artistic interests aligned and I began by photographing all four of the former monument sites there. A few months later, I went to Baltimore to do the same. Eventually, I realized I would have to travel to as many of these sites where monuments had come down as possible for this to be an effective and meaningful body of work. It took some time and a year later I had photographed nearly all of the sites where statues and busts had been removed. Throughout the project, I kept asking myself, "What happens when a symbol is suddenly absent? Can that absence become its own kind of symbol?" Those conditions and those questions were really the impetus of the project.

What was the response to the project?
I have to say, it has been an overwhelmingly positive response. I was concerned that because the photos are black and white, and because I am a white male, that people may mistakenly think I was enacting some kind of nostalgia for these monuments. (That's why I put the blue frames on them. They are Prussian blue, the official color of the Union Army uniforms, and they surround the Confederate gray of the photographs.) But what it seems people have responded to is the void that the removed statues leave behind. That space is the space for truth, for reconciliation, for more honest conversations about our history, and the space for opportunity to redefine our public space and historical narratives. I think people have been excited by that potential.

Since moving back to San Francisco, what keeps you busy?
Trying to make enough money to live here, exploring the Bay Area all over again with my girlfriend who also recently moved here, my family and friends, navigating between my full-time job and the demands of a studio practice.

Do you have a favorite place or subject in the Bay Area to photograph?
Honestly, no I don't. I've always found the Bay Area and San Francisco, in particular, a somewhat unrewarding place to photograph. This place is so iconic, so instantly identifiable, and everyone is both enamored of it while also having some chippy opinion about it. (I swear, only in the Bay Area will people argue with you about the color of the sky.) Anyway, because of this, photographs of this place are rarely ever given the space to transcend simple description or beautification. For such an international and culturally vibrant city, it can be rather inward-looking.

What advice would you give to students interested in pursuing a career as a photographer or visual artist?
Be very curious.

What do you think you've carried with you from your Stuart Hall days?
I remember getting critical notes on my report cards that I spent too much time staring out the window instead of paying attention to the lessons. I've always remembered that and to some extent built a career out of looking out a window. There's more to it than meets the eye. 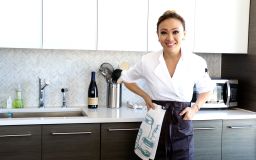 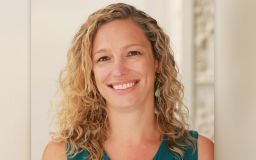