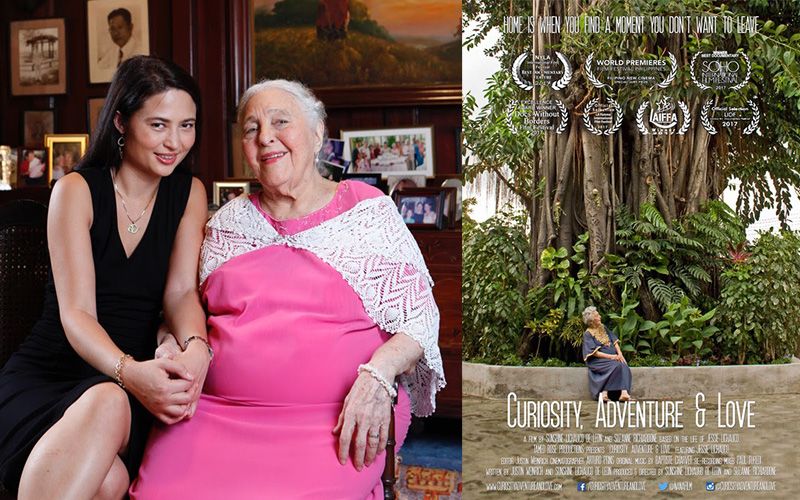 In a documentary about her now 108-year-old grandmother, Sunshine Lichauco de Leon '89'85, who attended Convent from age six to 18, weaves together Philippine history with the wisdom and insights of a woman who has lived on three continents and seen the world through a century of dramatic change.

Produced and directed by Sunshine Lichauco de Leon '89'85, Curiosity, Adventure & Love centers around her now 108-year-old Cuban-born American grandmother who migrated to the Philippines in the 1930s at the age of 18. With no background in filmmaking, Sunshine, an accomplished journalist, set out to tell the story of a woman who has lived on three continents and the Philippine history she witnessed during a period of dramatic change. Since its release in 2016, the film has appeared at festivals around the world and won many awards. It is now available for U.S. audiences to enjoy on a variety of platforms.

What do you remember most about your time at Convent?
I was there from age six to 18 so I remember a lot! Here are a few memories that came to mind as soon as I read the question. I remember my friends — despite the fact that I spent all of my post-Convent life living in other cities or countries, I am still friends with many of them, from both grammar and high school.

I remember some of my favorite teachers: Ms. Charm, in elementary school and in high school, Mr. Ohren, who seemed to have an inkling I would become a writer a few decades before I figured it out, and Ms. Forsythe who taught an international relations class elective which eventually became my major at Tufts University.

I also remember much time spent after school with friends, trying to memorize slides of artwork for our wonderful art history teacher, Ms. Murphy. When I go to museums today, I can still remember the titles of paintings, artists and art styles because she made us learn them. I also remember a day when we had the former Marlboro man come after a school mass and talk to us about AIDS and the importance of acceptance, tolerance and understanding. I remember how touched we all were and how many of us were in tears. I also remember not having a gym and having to run up and down the hills for P.E. class, something I didn’t like doing!

Briefly describe a few milestone events in your career.
I first thought of the idea of telling my grandmother’s story in 1998. The idea was originally meant to be a book but soon, after a chance conversation with someone who had met her,  evolved into a film. It took me seven years to make the film, so finishing the film, of course, was a huge milestone. It was my first film, I had no training in filmmaking at all and can honestly say I had no idea what I was doing. I had simply an idea, a vision (not even a clear one at the time), a determination to get the film made, and I was lucky enough to meet a few good people along the journey who joined the cause, people who worked very hard, were paid very little (if at all), but whose dedication made this dream possible.

Receiving our first award at a film festival — we won a special Jury prize for documentary — was another huge milestone. My dream while making the film was simply to finish it in time for my grandmother to see it and to make a film we liked and could be proud of. I never dreamed the film would make it into festivals, win multiple awards and eventually be seen on TV and in theaters and schools around the Philippines and in private screenings around the world.

In terms of journalism, there were three stories I wrote which were milestones. Two were my first stories for cnn.com, an organization I had always wanted to write for because of the importance of their subject matter. I believe I was the first person in the Philippines to shed light on two issues: one was on the growing internet crime of cybersex trafficking, which is rampant in the Philippines, and the other was about the plight of Filipino Amerasians — children whose fathers were American military personnel formerly stationed at the sprawling air and navy base in the Philippines. Their mothers were often “bar workers” and when the U.S. bases closed, these children were abandoned and faced extreme prejudice, rejection and poverty.

The third was the first time a story I wrote (or co-wrote in this case) ended up on the front page of a U.S. newspaper. My story about why there are so many abandoned children in the Philippines was published in the Los Angeles Times. Seeing the reactions and comments these stories got really drove home why I was working as a freelance journalist — to tell stories that people needed to know about. These stories can be seen on sunshinedeleon.com in case anyone is interested!

What inspired you to make your grandmother the subject of your first documentary?
All my life, I had watched my grandmother share stories of her life and experiences with people who have long known her or just met her, and I noticed the fascinating and interested reactions they always had. They always wanted to know more. I thought that she was the perfect character through which I could get people interested in the history of the Philippines, which so many — both in and outside of the Philippines —  know too little about.

I also have been following her around for years with pen and paper taking note of what I call “NANAISMs,” which are poetic one-line pieces of wisdom that she randomly comes up with at various points of conversation on any topic, from love and marriage to compassion and tolerance. I felt the way in which she sees the world and the wisdom she has accumulated over a century of life has tremendous relevance in today’s fast-changing and increasingly more tech-driven world, and I thought this should all be shared with as many people as possible.

I realized that her gift is her memory, and she has lived through and remembers such a unique part of history that it should be something that is recorded and shared with future generations. I guess all of these things together drove me to tell her story! I wanted a story that would blend together history, her own biography and what I call the “humanity “ thread — her insights and advice for living.

How have audiences around the world responded to the film?
They have responded with incredible passion and heart. I have taken the films to screenings in Asia, Europe and the U.S., and when I do the Q&A afterward, I am always so moved at the depth of the responses. The story seems to touch people of all ages, nationalities, religions, etc. — some love learning the history, others tell me they felt like they just spent two hours with their own grandmother, others connect to her extremely humanitarian outlook or relate to her having moved to another country and married a man from a different culture. We have loads of film fan mail — I am so touched when people take the time to write to us on social media and tell us why they loved the film or how it affected them. I share it all with her! Many tell me that the film makes them want to be a better person and help others more.

Explain your latest film project, Za’atari.
We wanted to make a positive film that would hopefully change the way people look at refugees and highlight the need to heal the emotional wounds of millions of child refugees worldwide. We want the film to break stereotypes, to remind people that refugees are people — like any of us — who simply were forced to leave their home due to circumstances beyond their control. It can happen to anyone at any time.

The film is focused on three teenage Syrians living in Za’atari, the largest Syrian refugee camp in the world, and is about one refugee in his 20s, who decides to teach photography to the children in the camp as a way to keep them from losing hope. A child just needs hope, and when a child picks up a camera and learns to see the world through what they create via the lens, it can be all they need to help them look at the world and their future differently.

The story allows the boys to tell their own story and to show us who the Syrian people are and what life in the camp is like through their eyes. It is about the positive change that comes from mentorship and the ripple effect that can come from showing young people they have the power to create and see beauty and enable them to do something they can be proud of.

The film has been shot and translated and we are currently trying to raise funds for post-production so we can finish it. The teaser, which just gives a quick idea of the story, is available here.

What advice would you give Convent & Stuart Hall students who want to pursue a career in journalism and/or film?
I think the art of storytelling is one of the greatest things to invest time and effort into, so if you have an inkling to do it, do not hesitate to do so. I would advise them not to be afraid to make the kind of film that you feel is in your gut — don’t always try to fit into any mold or one genre. I was told so many times that I could not make the kind of film that I did and that films have to focus on one thing, not three. But in the end, we did it.

Don’t be afraid to not know what you are doing or how you will do something. Stay determined until the end, no matter how many obstacles come your way — just learn from each. And if you need help or advice, ask for it — people are willing to help if you ask. Lastly, triple check every detail of everything that you do, every step of the way, because details are so important. Remember also that a film needs a firm storyline but it also needs heart and, sometimes, in our case, a sense of poetic elements — balancing different elements is key.

What do you think you've carried with you from your Convent days while living in the Philippines?
I spent 12 years at Convent so it's hard to say, but I imagine it had a great influence on how I  look at the world, my role in it and those around us. I also have great friends everywhere in the world, including Manila, from different chapters of my life, and I think the ability to build and maintain such relationships started at Convent. One of the things I liked about Convent was that although it was a Catholic school, our religion classes were less “strictly religious” and more in line with learning what makes you a good human. I remember being in classes called Social Justice and Ethics, so I think I was able to get a healthy balance and understanding between religion, way of life and spirituality. 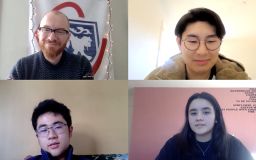 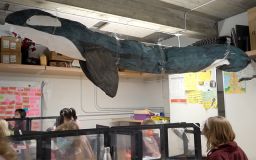 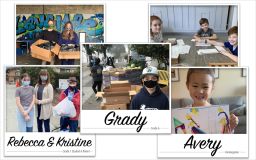