After winning eight straight games, the Knights are back in the NCS title game for the second year in a row.

The Stuart Hall 8-man football team captured the North Central League II title with an undefeated league record (6-0), including a signature win over Branson, the defending North Coast Section champion. After a pair of comfortable wins in the first two rounds of the NCS tournament, Stuart Hall will face Branson in a section title game rematch on November 29 at Kezar Stadium.

The Knights opened the season with two road losses before rattling off eight straight wins, catapulting the team to the top of the league standings. During a dominant two-month stretch, Stuart Hall’s balanced roster outscored opponents 296-122 by putting a barrage of points on the scoreboard while playing stifling defense.

The Knights are coming off a 52-16 win over Calistoga in an NCS semifinals game that was played over two days. With Stuart Hall’s first-round victory over Round Valley, Rich Robinson earned his 60th win as head coach.

Stuart Hall led the NCL II in all-league selections this year, including offensive and defensive MVP awards. Scroll down to see a list of recipients. 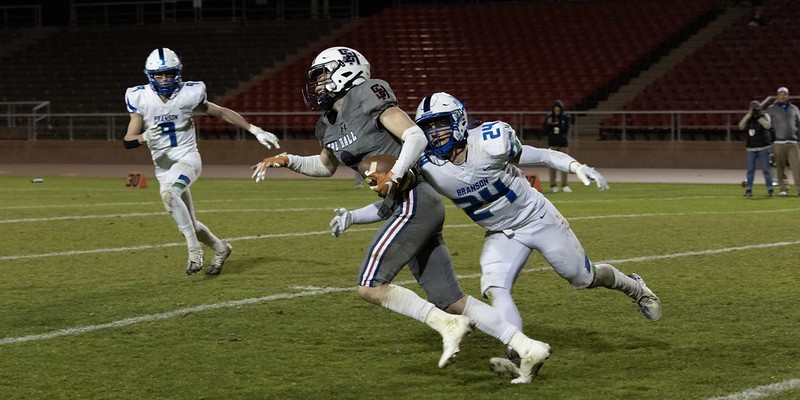