Photo albums and video highlights capture all the excitement from the ultimate weekend of Sacred Heart spirit.

With the added excitement of it being the first Homecoming celebration in two years, the Convent & Stuart Hall community came together for two memorable athletic events — one in person and the other virtual.

On September 17, the Convent varsity volleyball team kicked off the weekend by securing a win at home as the Cubs swept Lick-Wilmerding 3-0 (25-10, 25-22, 25-13). High school students cheered from the mezzanine level of The Herbert Center and outside on Syufy Court, where they watched a livestream produced by the Broadcast Club projected on two monitors.

The next day, the Stuart Hall varsity eight-man football team hosted Woodside Priory at Kezar Stadium for its Homecoming game. The stands on the south side of the stadium were filled with elementary and high school students and families, faculty, staff and alumni cheering for their team.

Fans were treated to a beautiful rendition of the National Anthem by senior and Convent Student Body President Jennifer Surjadi, an impressive debut performance by the cheerleading squad and a halftime banner contest, as well as a Parents Association-run concession stand and a hat giveaway. Despite a determined comeback push, Stuart Hall fell short in a 22-20 loss.

We invite you to explore photo albums and a highlight video below. 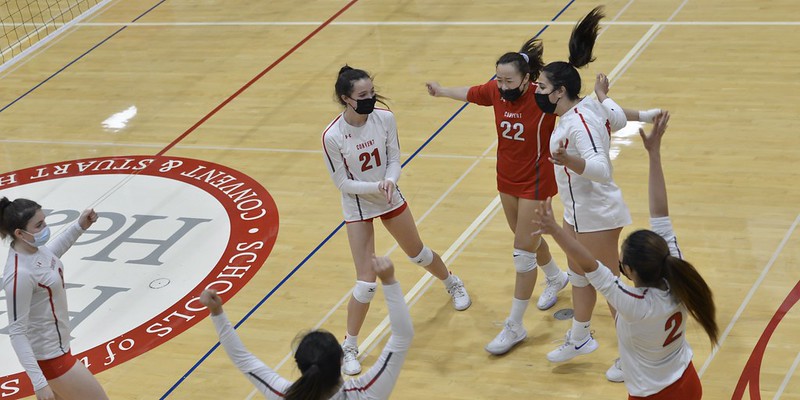 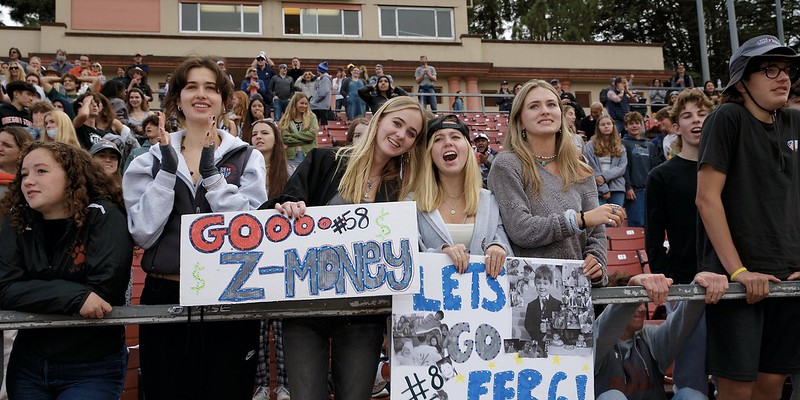