This year’s fall theater production, Broadway on Broadway, wove musically through scenes from popular Broadway shows such as Hamilton, Wicked, Rent, Annie, Les Misérables and Mama Mia. A cast and crew consisting of students in Grades 6–12 performed the show for audiences in Syufy Theatre on October 12 and 13.

Congratulations to the entire cast and crew for bringing this incredible show to the Syufy Theatre stage. Photos and a student-produced trailer are posted below. 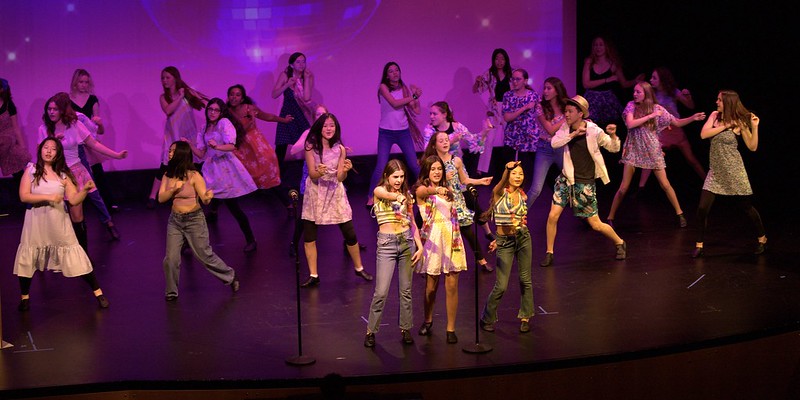